Fundamentally, it requires a judgemental attitude because it’s crucial to judge who belongs and who doesn’t. And when the shared belief system is more about actual beliefs and less about concrete regulations, things become increasingly tricky because the answer is often more of an intuitive feeling. And then comes the question, whose feeling is it that counts? Probably the one with the highest status in the community, and hence the power hierarchy is born. Often, from a non-conscious nor consensual place. However, I don’t think human beings are stupid, so somewhere deep down, I think we understand that if I enter the spiritual community of a random guru, then that guru’s opinion will be valued higher than mine. And if I want to become someone in this community, I need to climb the social hierarchy.

Is the experience still masochistic if the protagonist is no longer the one in pain? During this time, we will explore the perversions and taboos of the dominant using the mutual trust built in our previous physical and emotional masochistic practices. I think there is a seed of curiosity planted after experiencing the vulnerability of masochism, and it’s also healthy to put the dominant in the centre, in the place of being, after days of doing. There is, or could be, an exciting turn in the narrative here. In the question: will the dominant instantly fulfil their desire, or do they prefer to stay on the edge of their excitement? In a way, edging or denying themselves the climax, and therefore diving into the masochistic fantasy as the protagonist themselves.

What emotions are welcome in your bondage? (2022)

For me, the negative emotion closest at hand in bondage is sadness. I often describe my sessions as sad love stories, and my soundtrack almost always plays in the minor scales. There is a sense of longing, longing for belonging, and longing for freedom. But it never gets there. When diving deeply into a power dynamic, sometimes even climaxing, there is always a coming back to equals, average, and status quo. The polarity is too volatile to keep forever, especially if it has been strong. I believe that being entirely immersed in dominance, control, submission, and surrender for too long is not healthy. It’s like we, at some point, need to raise the head about the water if just for a single breath or pull the parachute in the middle of free falling, independently of how mesmerizing the movement is. Leaving this state brings sadness, and so does knowing that it’s not for real and not forever. However, there is great potential in learning to let go and say goodbye. People often ask me if it doesn’t hurt, and sure it does, but it hurts because it meant something. It was meaningful.

Softly surrendered to this sensuous nature (2022)

There is a river just outside the village. The tide pushes its water in and out of the ocean in and out every day and every night. I love floating down that river, either being carried into the jungle or out to the sea while watching the stary night sky above me. Surrendering to the sensuous experience all around me. Everything is calm, and I can relax, melt and let go. I’m curious if my window of tolerance will increase or decline over time. Looking at the other hippies that have lived here for years, their window of tolerance is very small. Maybe because their nervous system is very calm, and there is no need to tolerate much. Is this what they call paradise?

I’m in Brazil, mostly for vacation, living in a tropical eco-village on the coastline of Bahia. There is a small sex-positive festival happening here in a couple of days, and of course, I’m teaching some rope bondage. But what kind of bondage? Japanese? Swedish? It’s a practice, and a legacy, that I learned in Japan, then brought to Sweden, and now I’m moving it to Brazil. Swedish and Japanese culture is similar in many ways but also vastly different, and Brazilian culture is vastly different yet again. (I think I’ve only been here for a week so far). The bondage I learned to love in Japan grew out of perversion and taboo, and my favourite European teachers kept that spirit, and so do I in my private bedroom practice. Then I work professionally in the field of tantra, conscious kink and alternative therapies. This calls for a colossal adaptation in terms of consent and a strange mixture of rationality and spirituality. When I try to explain to someone in Tokyo’s red-light district that I teach bondage in European (and now Brazilian) spiritual communities, they look perplexed. They might tell how they turn their statues of Shinto deities away from a rope bondage scene, as the practice is considered unholy and dirty. But then the heteronormative gender roles of Japan where “maledom” (male domination) isn’t a kink but everyday life, and “femdom” is a popular perversion. This, obviously doesn’t work in Scandinavia. Instead, the words “sadisto” and “masochisto” are much more used, as the power dynamic is already assumed. And then, in terms of alternative therapy, everything is again thrown upside-down as there is a money transaction involved, and the goal is no longer mutual pleasure. Rope bondage, as a practice, has traveled with me for many years, and it changes all the time depending on context. But then we have the words that describe the practice. This musing I want to dedicate to those words.

Welcome to this four-day retreat on the theme of pleasure and… or pain. BDSM and tantra offer different paths to ecstasy and away from the everyday mundane. By being a ritualistic framework, an intellectual toolbox, and a concrete practice with consent and consciousness at the core. At the same time, both pleasure and pain are flooding our nervous system with sensations. However, the experience of both pleasure and pain is deeply personal. Scientifically it’s impossible to measure, so we are left with poems and anecdotes to describe it. Some people are addicts to pleasure; others find meaning in pain; many confuse them when highly aroused. The key is to stay present and honest with our experience without panicking and disassociating.

People I meet in retreats and sessions have very different reasons to search for submission and surrender. There is almost always a search for permission to be someone other than their everyday selves. And this permission is found in the dominant. The roleplay, power dynamic, and polarity is an excuse to pretend that the world is different. That different rules apply. To pretend that the master is both the primal wilderness, the impossibly divine and the collaborative civilization simultaneously. Giving them this imaginary power enables them to change everything. To change all the conditions and circumstances that made us who we are.

Here is some of the music that I’ve played at my events during 2021.

The culture of GRÄNSLANDET // SALONGEN or how to invite others (2021)

I’m attempting over and over again to create my dream play party. Great people, live music, fantastic venue, these are obvious. But what comes next? I first encountered play parties at Schwelle7 in Berlin a decade ago. Then, it was called the aristocracy (noble court) of desire. The experience was dream-like for me. There was a culture of behaving shared by the old to the new. Expressing this culture in rules kills it. It’s like my Japanese Ikebana teacher says, almost always. Or my tea teacher says that serving tea is like smiling, and you can’t teach it by the facial expression. It is symbolic and ever-evolving, even inside a play party.

I’m Andy, and I intend to leave social media behind, so be old-school and get updated by e-mail.

Processing…
Success! You're on the list.
Whoops! There was an error and we couldn't process your subscription. Please reload the page and try again. 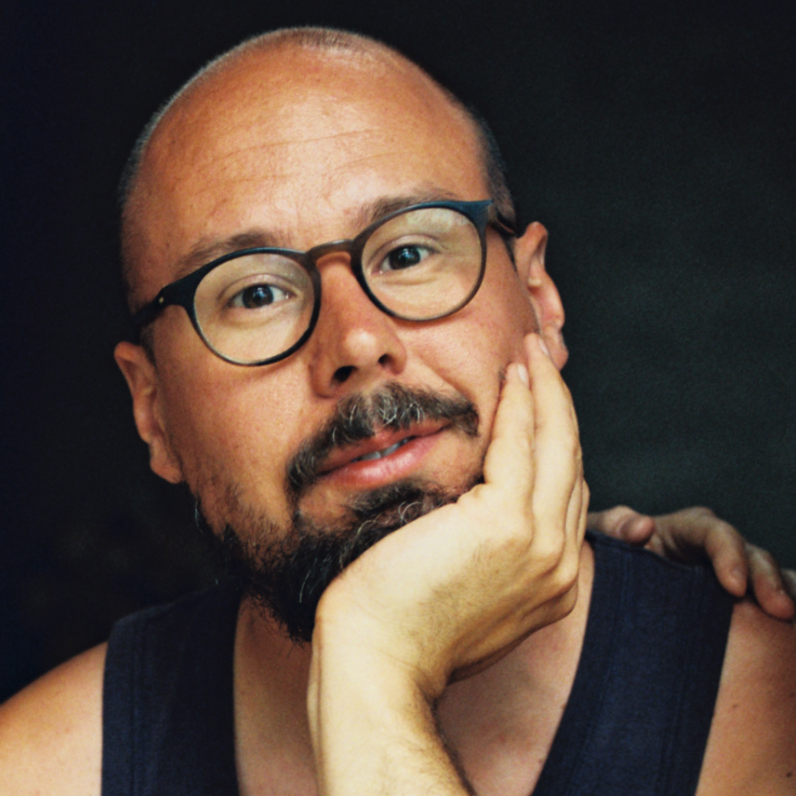