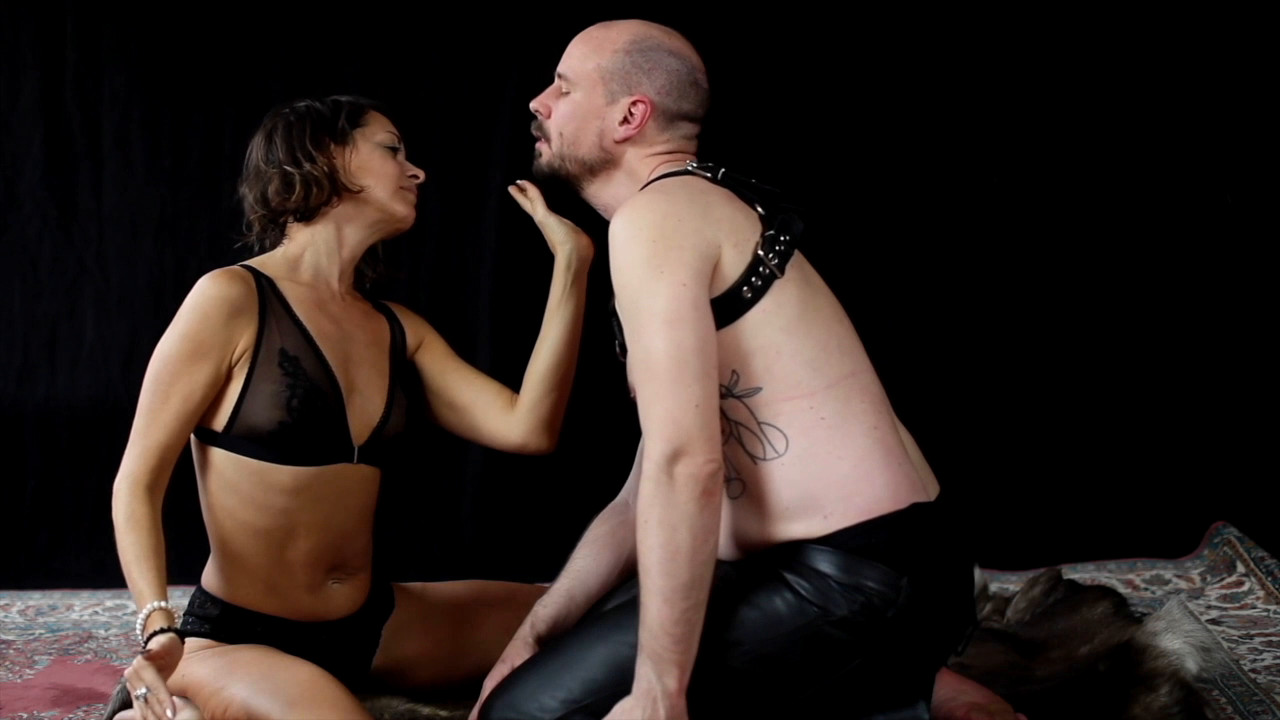 I’m on a continuous journey to understand kink and sexuality. In this work, I dig around in various subcultures, philosophy, psychology, religion and spiritual practices to find models that explain why I and others behave as we do. The abbreviation BDSM(F) is one way that splits kinky sexuality into bondage, dominance-submission (DS), sadism-masochism (SM), and sometimes adding an F for fetish. It is a helpful umbrella to gather under as a subculture, and it is kind of clear because it tells what is in focus. For example, DS on the power dynamic, while SM on the pain and suffering. But I think it’s less helpful in explaining why. Acting as a gateway teacher, I sometimes simplify it into kink, that everyone has something that makes them tick, maybe a taboo, that they are excited and curious about. Or maniac, as they would say in Japan. And I think everyone does, and it’s healthy to honour that inside oneself consciously. Anyhow, I’ve recently found another way to look at things when reading the book, The Essential Papers on Masochism. It’s a condensed summary of 900 academic pages outlining what psychoanalysts have been writing about masochism from 1915 to 2005. While I don’t think psychoanalysis is the best tool to build a society, I think it makes a brave attempt at understanding the human psyche. It is hilarious that Freud said that only a few percentages of humanity are possible to analyze and change, while the rest, I assume, are a fixed product of the environment. Okay, enough taking distance from Freud and co, because I think the seed they planted in me is valuable after all.

I struggle with finding the right words to understand sexual polarity. First, I was thinking about desire, but that isn’t really it. A very dumbed-down example from my late teenage exploration of the gay scene. That someone has to do the fucking, to be the one that penetrates, that is the alpha. Being two men fucking each other at the same time is acrobatics available to the few. Here is the basis of polarity, two mutually dependent roles empowering each other—a win-win situation.

In conscious kink, there is strap-on play as an expression of wanting to penetrate and be penetrated beyond the genitals and gender. The polarity concept is the same. Tantra teachings often say that anyone can have both an energy cock and an energy pussy. Maybe metaphorically speaking, or maybe mythologic. The penetration happens energetically, and it works great, in my experience, because the experience is more relational and emotional than mechanical. To penetrate someone is in many ways to claim them. Like the patriarchal system is claiming the earth’s resources, that almost always is perceived to be feminine in religious and spiritual circles. What I see in the women that are successful in the patriarchal system is that they have learnt to penetrate it, as men. However, there is a massive problem because the patriarchal system doesn’t value or reward the one being penetrated. That is why the earth is getting fucked, literally speaking. Even the modern usage of the word fucked is negative, connected to being a loser, whore or abused. Being on the receiving end of the sexual polarity is, probably, the most transformative when it happens consciously and consensually because it allows one to be vulnerable and surrender.

The penetration doesn’t have to be sexual, in penis-in-pussy meaning of the word. Tantric practices often describe penetration according to the chakra system; penetrating or claiming the heart, the ego, the voice, of another. I think Osho says it beautifully; that the lowest form of love is in the flesh, then comes the heart, and finally the devotion to God. I write about this in the text “What do you surrender” if you want to know more. And similarly, many BDSM practitioners claim that their play isn’t sexual, but what I hear is that their sexual polarity is elsewhere than in the genitals. To whip, spank or cane someone until their body overflows with endorphins is to penetrate their skin, or to degrade or humiliate, make them a slave or pet, is to claim their sense of self. Both physical and emotional masochism belongs here.

Like any polarity, the personal taste differs, resulting in differently polarized roles; they can switch around or be almost non-existing. I find it helpful to be aware of it because if one doesn’t know their sexual polarity, it is likely being repressed and playing out unconsciously and therefore often non-consensually. I hear so many stories from women about emotionally intelligent men that are feminists and heroes of equity that have such a destructive relationship to their sexual polarity. Next is a tangent and tragic story about a top-ranking police officer in Sweden. He was forefronting the fight for women’s rights within the legal system and law enforcement. His haters within the police force called him “captain girly-dress” (Kapten Klänning) while the general society praised him. Guess who turns out to be a violent serial rapist of young, already abused and destructive teenage girls? The moral of the story, be aware of your sexual polarity and when and how to act it out; otherwise, it will become your shadow.

Anyhow, moving on to the second polarity, control. This one is easier; it is who controls the situation like leading and following in partner dancing. As control is an analogue polarity (all polarities are), there can be a vast difference between the two roles or non at all. Bondage is very much a control practice by restricting bound persons physically and, therefore, their emotional experience. Practising control is dependent on the feedback from the person being controlled. The more vulnerable and communicative they are with their emotions and experience, the more control they hand over. Controlling someone is very much a guessing game; it can be an educated guess based on previous experience. Still, it is impossible to know how something affects another unless they decide to share it. The act of controlling another, in a conscious and consensual way, is all about listening and showing that you can take them somewhere they can’t go by themselves. I believe that this is what people long for when longing to let go. Telling a story through control can be fully in the body: the muscles and joints. Or fully metaphoric by defining who they are and in what reality we co-exist. Every action is a suggestion from the leader, and the answer is in the follower’s reaction. That is the dance.

It is stereotypical and easy to imagine how a dominant is controlling a submissive by tying and whipping them—the 50 Shades of Gray narrative. But control is acted out in many other ways. A BDSM slang is topping-from-the-bottom, or bratting, where the so-called “submissive” is provoking action and controlling the situation. I don’t see anything wrong in this, as long as everyone is aware that the control polarity changes; I wrote about this in the text “The leader hat and the stop-button“. Being aware of the control and sexual polarity and how they interact open up new play scenarios. For example, the “dominant” can get fucked, precisely how they desire in an elaborate serving ritual. I believe that balancing the two polarities makes surrender and vulnerability accessible to more people. And that happens when pre-negotiating consent because it sets the scope of what is available for controlling. Like I will surrender to you if you handle the situation within these parameters.

The third polarity is the one between exhibitionism and voyeurism, which decides who is in focus. For example, in the Japanese inspired rope bondage that I practice, the focus is almost always on the person in the ropes. I remember one of my teachers in Tokyo more or less saying, “No one wants to see your ugly face”, and another teacher saying, “Never waste good suffering”. Semenawa, literally translated as “hard rope, ” a popular type of rope bondage, is often described as beautiful suffering. So clearly, the focus is on the person being bound and their emotional journey. However, if I make the play of bringing two “slaves” in one lease to a club, then I want to be seen, and I’m making my partners into tools for my exhibitionism. Many submissives love giving attention to the person dominating them because that increases their focus and makes them more powerful, therefore more attractive. All these are just examples of how exhibitionism and voyeurism play significant roles in kink.

In more regular genital sex, some people love to see their partners’ pleasure and be its source, while others love being at the centre of attention—a very symbiotic polarity. However, if both are more towards the exhibitionistic side, then the polarity can be created by going to a hedonistic club or recording a home video. I remember a story about a beautiful man that always was dating less attractive people because they would put him on a pedestal to ensure that his exhibitionism got satisfied. And like any polarity in kink, there must be another balancing the scale. I often meet couples in hardship because one person is pulled very strongly in one direction, and the other is not willing or able to balance that. Imagine what happens if one is unconsciously or non-consensually pulled too far into a particular polarity. In that case, they will gradually leave their comfort zone, be forced into their growth and eventually their trauma zone. Someone not aware of having a strong pull in one direction or another can accidentally push people into the other side of that polarity. Similarly, not having any power in any polarity makes it hard to create any dynamic with any partner without feeling overwhelmed. Or even attract a partner in a conscious and consensual way. Being aware of how all these three polarities acts out personally and in a relationship, kinky or not, makes it easier to create that balance. Because deep down, I think everyone is a bit kinky.