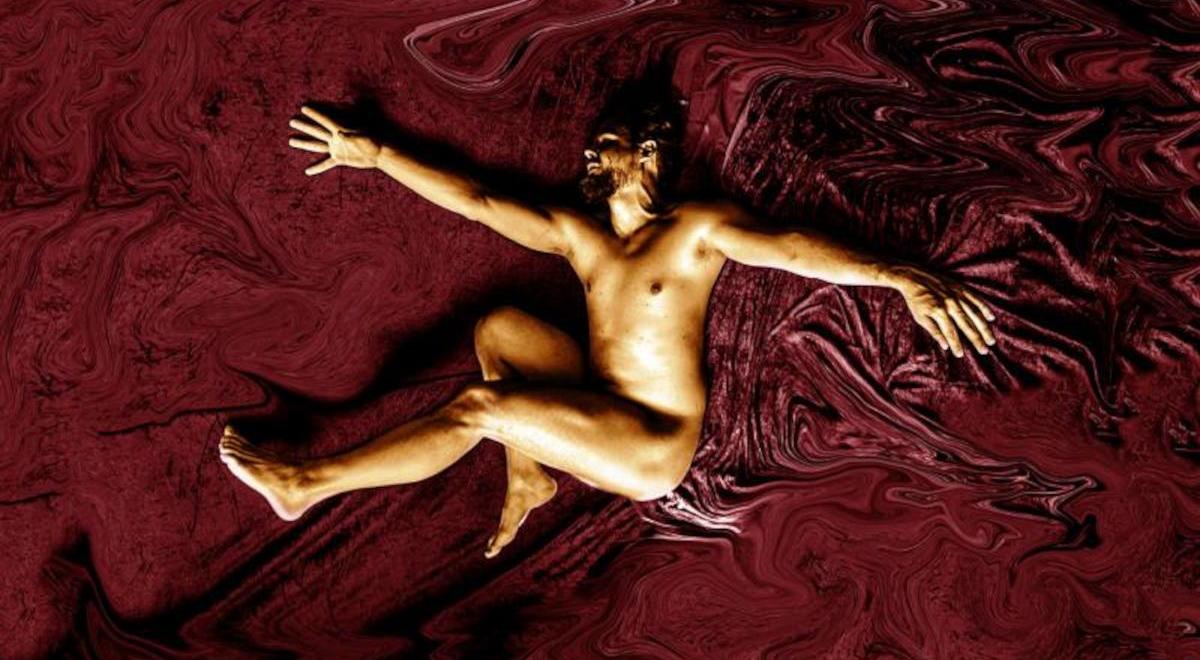 My favourite set of archetypal gender roles are found in a pseudo-shamanistic medicine wheel. It describes five roles: man, woman, boy, girl, and dancer. The highest aim is to be the dancer in the middle of the wheel because they can consciously move between the other four roles. Otherwise, the wheel is pretty conservative. Sexual attraction happens between the man and woman, the boy is a border exploring asshole, and the girl is shyly craving for safety, and so on. I hope that we all can become dancers and that there is no enforced association between physical gender and role. Okay, now onto my story.

I grew up in a white-privileged family with a lively post-1968-left-wing political standpoint. My mother was the matriarch of the family and took most of the decisions. My father happily followed along. Growing up in a working-class neighbourhood, he knew everything about repairing cars and loving his football team. My mother was from an upper-middle-class Danish family. Her mother was a housewife, and her father was in the military. They temporarily moved to Stockholm for one of my grandfather’s promotions, and my mother decided to stay after she fell in love with my father.

I remember how my mother always was the one who fought for me when I got into trouble as a kid. Once accused of hacking the school computer network to copy exams from the printer queue, and she was the one screaming at the headmaster that threats and rumours weren’t enough to convict a young boy. There wasn’t much to fight or cry about in my boyhood, so I turned to computer games and role-playing for adventure. My goal was to learn all about computers and get a well-paid job, so I could spend the rest of my life learning even more about computers. I didn’t see much point in masculinity or sexuality. But, this was about to change.

Even if I was a computer geek, my childhood friends were still cool. As teenagers, we went clubbing, tried to get laid, and came home trashed in the morning. Our favourite place was the gay club TipTop, that played tech-house and minimal way before everyone else, and that made it cool like our dreams about Berlin. Going to TipTop was like an actual real-life adventure. There was a raw display of attraction and sexual expressions. From beautiful feminine boys to masculine men. I remember it as mostly gay and not very queer, and, this was my first encounter with sexual polarity. Dominance and submission, I often joke, because, someone had to fuck someone in the ass. It was vibrant, passionate, and hedonistic. Through the years, I had a few lovers, did some stupid things, that was neither so conscious nor consensual. But as it turned out, I was not very gay, after all.

However my fascination for sexual perversion was born, and my next stop on that journey was Japan when I accepted a contract in Tokyo. One thing that Japanese culture taught me is that if something is repressed, then it will manifest in the most unexpected places. The repressed sexuality filled Tokyo’s nightlife with maniac clubs dedicated to all kinks imaginary. It felt like a dream. Yet I found myself as just another observer in an anonymous mass. Watching the mistress shows, the zombie Lolitas covered in goo, and the rubber enclosed bodies on dark dance floors. I still didn’t dare to face my predator and make it personal.

Two love-birds with a burning curiosity. Insecure about what to do, I decided to submit, and it was exciting to feel her desire. To unconditionally let her take what she wanted and trust that she would take care of me. It culminated on a Thanksgiving when she chained me naked on the balcony of her tiny student apartment and poured a bucket of water over me. I sat there shaking uncontrollable in the cold while she cooked the turkey, mashed the potatoes and finished the gravy. It felt like forever, but I trusted her, and I was never afraid. Once back inside, she tucked me into bed and fed me back to strength during the weekend. Making people dependent on her, and then caring for them was her perversion.

One of the most famous parties in town was hosted by a tech-bro and his submissive fashion-model girlfriend at his villa up on Mount Royal. One night the theme was cowboys and Indians. I found it cheesy, but we decided to go anyway and dressed up as a female vigilante and a bruised bandit. While relaxing in the bed and waiting for our pick-up, she told a story. The vigilante had caught the bandit that killed her husband and tied him by the campfire. Before falling asleep, she explained her devious plan for his coming torment. But the bandit, who had a hidden knife, escaped his bounds during the night and went on to rape the young vigilante. The in-bed storytelling got interrupted by us having sex just like the bandit and the vigilante. I felt such a rush of power, like a predator on top of the food chain. That weekend had a profound impact on my life. Going to the office on Monday morning, I was crying on the subway, because, the world around me felt grey and dull in comparison to what I had experienced.

Upon my return to Stockholm, I was determined to keep this new lifestyle. Unexpectedly, it also affected my professional career. I slowly moved from technical expertise to coaching. It was like my vision had changed. Everywhere I saw dominance and submission in endless hierarchies. Hierarchies that clashed against each other like massive ships on an ancient naval battlefield. The results were masqueraded as reorganizations or product relocations. To the individual employee, these ongoing battles rewarded dominance and punished submission, and as a result, people were burning out from all stress and pressure. I thought that being involved in steering a multinational company was like turning oil super-tanker. Once a decision rippled down into the organization, it was impossible to be conscious and consensual about the effects. It was just too hard to predict, compared to a private BDSM-session. Of course, this is a very one-sided picture; we also managed many amazing feats and overcame significant obstacles.

At the same time, I was studying rope bondage – a nerd is always a nerd, right? I loved the trust, sacrifice, and beauty that rope captured. It kept my fascination with Japan alive. One night, at a friend’s birthday party, I made a spontaneous performance because I wanted to show people what bondage was all about, rather than talking intellectually about it. How it can be an extraordinary thing to voluntarily and temporarily stopping the fight for dominance, and let go into submission and surrender. To my surprise, this got me invited to teach at a spiritual festival themed around bringing sensibility into sexuality. So maybe I was sensible after all. The response to my work was overwhelming, and an undiscovered world opened itself to me. Polarity turned out to be a central theme in Nordic shamanism, neo-tantra, sex magic, conscious relating, Deida teachings, and much much more.

But one thing concerned me; the story was always about the feminine surrender and the masculine holding space. No one talked about why I had this predator inside of me that was craving dominance and submission. I meet plenty of people that were attracted to the predator or had it inside of themselves. But this wasn’t talked about it. I wondered; was my predator a form of masculinity? Or was it pathological? Or was it a Jungian shadow? At the same time, the media talked about male aggression and toxic masculinity. My confusion pushed me to look for clarity. I want to say that I changed my life overnight, but that is not true. I eventually quit my career job to be freer. Free from living a double life. Free to dedicate my life to understanding my own sexuality. And attempt to make art out of it. I studied bodywork, theatre and philosophy to look for answers that I couldn’t find in the BDSM culture. And this is where this story ends. I’m stilling getting to know this predator inside of me, but some things have become very clear through time.

First. Be a proud predator. Not a prowling one.

For a while, I asked friends and lovers what the difference between a psychopath and me is? The most common answer was that – You are clear with your intentions. You do not try to manipulate me. This is probably the most fundamental teaching. To tell the truth or at least don’t lie, as a famous person keeps repeating. I’ve learnt that there are enough people like me, so there is no need to lie about who I am. Of course, there is stigmatization around sexual perversion. I believe it comes from fear of oneself – what if I’m also like that? And what would it mean? But don’t let other people’s fear define who you are. Be a proud predator. Not a prowling one.

Secondly. Don’t be a predator all the time. Learn how to serve.

To clarify my intentions, I learned to ask myself – for whom does this interaction take place? Do I massage someone’s ass to release muscle tension, or to grab something attractive? Is it for them or me? Am I serving or taking? The predator wants to take, and many people long for someone to take from them because that allows them to surrender. But don’t be a predator all the time. Also, learn how to serve. And how to get served and how to surrender. This is precisely the dancer archetype from the pseudo-shamanic wheel.

I see so much confusion in society today. Many men are repressing the predatorial side of their sexuality. Because they can’t relate to it in a conscious and consensual way, instead, it leaks out everywhere, just like in the Japanese manic clubs. I see it in the workspaces, at night clubs, on the beach, and so on. In pretty much any place men and woman meet. Men often offer to serve when they really want to take (or be taken) – can I buy you a drink, another one, another one, can I massage your back, can I walk you home, can I SERVE you some tea, can I TAKE you to bed. The key is the switching between serving and taking. How to be clear about that. Of course, one can also serve in bed, if that is what everyone wants. But my experience tells me that most people want to take and be taken. To dominate and submit. To trust someone to enjoy their body freely, and to get trusted to follow ones passion freely. This is one of the most important gifts I received from BDSM. The tools to dance with my beloved predator.

One person that helped me immensely to put words on my experience is Betty Martin, who I got to know from the spiritual festivals where we both teach. I highly recommend looking into her Wheel of Consent.

School of Tantric Ropes aim to create magical rooms were people can rest, heal and grow. The rest is art and @stockholmsyndrom__