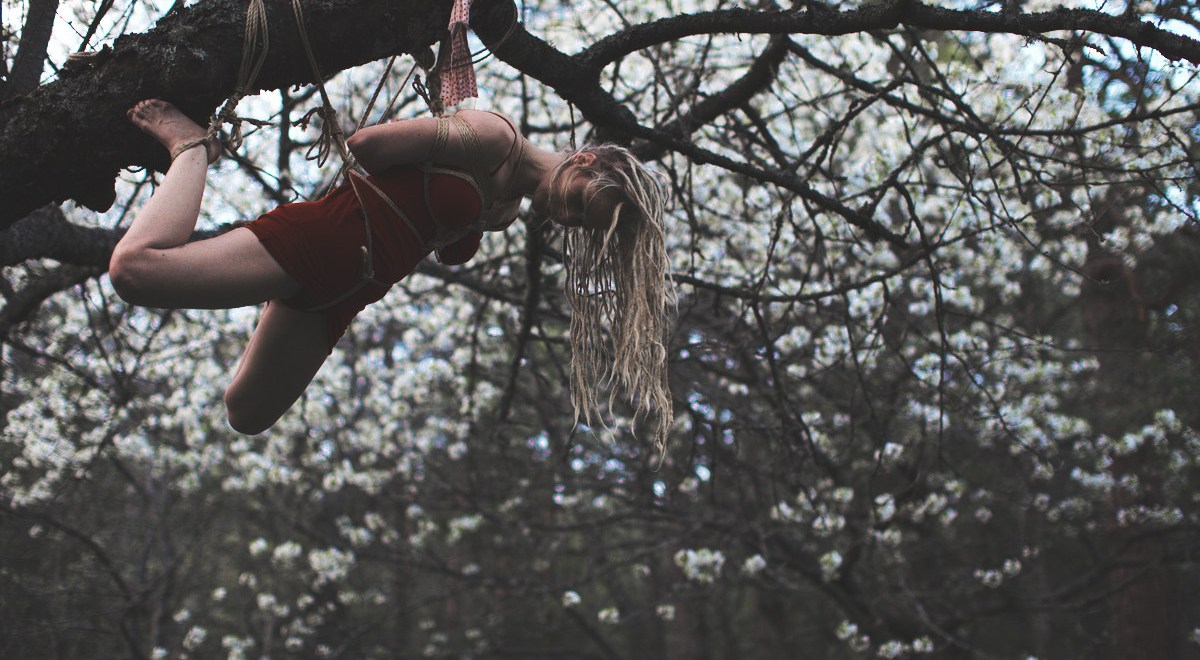 But I’ve met equally many dominants that couldn’t feel together with their partner, therefore becoming entirely dependent on their partner to verbalize when things are enough. One solution is to negotiate in detail beforehand, so everyone knows the play’s intensity, but that kills the mystery. Part of the longing in consensual non-consent is to have another decide how much is enough. Why ever embark on an adventure if the journey ahead is entirely predictable. In a way, it comes down to balancing insecurity.

I think human beings are fascinated by challenging the status quo. Either by doing it ourselves or by watching others. Just look at any reality show or based-on-a-true-story film—especially at the crazy characters that break laws and social rules that others fight so hard to uphold. In a way, they are representing another perspective on what it means to be human. They feel feelings and do deeds that others commonly only dream about. By watching, reading, or imagining another doing it, one can remain in their safety bubble. BDSM offers another way to step into the fantasy, and it gives a first-hand experience. A full-on immersion. But how deep do we want to go, and how uncomfortable do we want to be? That is the fundamental question that consent is trying to answer, and is it possible to leave this to another to decide?

I think many people dream about unconditional surrender. The subconscious can drape it in taboo fantasies about rape, drugs, and enslavement. Or paint a glorified picture of a god. An omnipresence that always gives us exactly what we need by knowing our place in this story better than ourselves. One may appears dark and the other as light, maybe even as good and evil, but it’s the same longing, the complete loss of control. And, in a way, a return to innocence and freedom from responsibility. However, dominants will screw up because they are only human after all, so is it wise to put it all on them?

I think in a controlled environment, it is possible to appear omnipresent. To be good enough, for a submissive to experience the surrender as unconditional. But it’s kind of fiction, just like playing. And there is another problem; human beings are empathic, so even the most dominant is constantly be influenced by the submissive. Especially if the submissive is generous in sharing how they feel and how the action of the dominant impacts them. That is, in my experience, the play that people long for when it is a dance together. When the dominant can voyeuristically enjoy their partners’ experience. Depending on how much trust there is in the relationship, the play might take more or less crazy turns. For example, is the dominant open for flogging the submissive until they sigh in pain or skin bruises, or until tears are flowing and the marks may become permanent. With consensual non-consent, this is more in the hands of the dominant.

I believe that the polarity between a submissive and a dominant must be mutually beneficial in the long run. It depends on both providing each other with something that the other can’t achieve by themselves. Otherwise, there will be a rebellion, because why give up control if there is no benefit? And one is forced to stay, either physically or emotionally, then it is abusive and neither consent nor BDSM. So one way to think about consensual non-consent is that it’s up to the dominant to suggest the exchange. In the short run, the submissive will agree because it’s part of the agreement, but it has to benefit them in the long run. Maybe it is a way to overcome the laziness and weakness of the flesh. And to go places, we might think impossible because most of us are stronger than we like to believe.

In my experience, when increasing the polarity, it gets more and more complicated for the submissive to know what they want. Intellectually because it’s part of the narrative, but also physically. When the body gets flooded by endorphins, our critical thinking stops, and the mind is in acceptance. You can read more about this in my text about how I stopped worrying and started to love the pain. It becomes increasingly challenging to depend on a safeword. Trusting, processing and feeling together becomes more and more critical. I believe it is the evolution of a relationship; that forms a solid bond that can hold space for a greater polarity. Most of my long-standing play partners will inform me about what is happening to them, verbally and non verbally, but leave it to me to judge how to use that information. And therefore, it becomes closer and closer to consensual non-consent. So I propose to see it as a consequence and a longing rather than a choice.